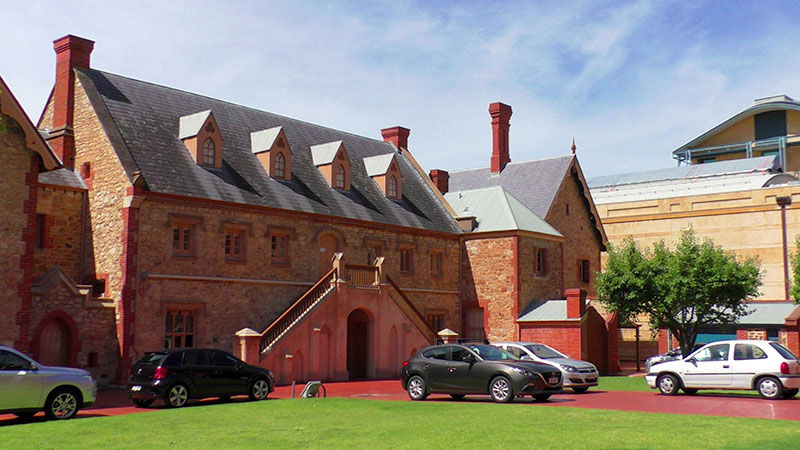 This is a job we did in the late 1980’s, some 30 years ago. These buildings behind the State Library were restored by the Government Public Buildings Department, now know by DPTI.

When we arrived at the site all you could say is the buildings were just derelicts. On this job we installed new Welsh ‘Penrhyn’ slates and did all the galvanised corrugated iron roof areas.

This included the lead roofing to the 4 dormer roofs which is done in ‘Code 6’ lead or 30kg/m2 grade. Each lead panel is 1200 x 600mm and there are 3½ to each side using the ‘squashed welt seam’ method between each panel. The ridge capping to the slate roof areas is done in lead sheeting.

The rainheads are made of cast iron which we got cast to match the existing. The galv OG gutters and downpipes have soldered joints, done the same way the old tradesmen would have done it in the 1850’s.

The galvanised corrugated roof is fixed with twisted shank spring head galv nail, the same as original. We fabricated up the roof vents in our workshop on the iron roof section to match the existing, which by the time we got to them had almost completely rusted out.

The photos, even though taken some 30 years after we did the job, show how when these roofing materials are used, the building still looks in almost brand new condition. The slate roofing can be expected to last at least another 120 years. 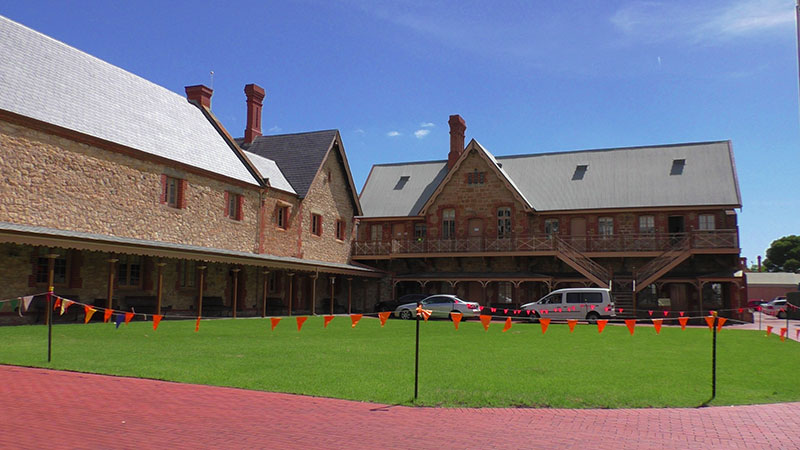